Metaprogamming is writting code that writes code. Cool things that we could do with this kind of magic:

class keyword is like a scope operator than instead a class declaration. This detail is what allows us create classes if they don't yet exists but it's also what allows us always open existing classes.

Here is an example where we define a class Song, then we create an instance of that class (song1) later we call to an non-existent method over this last created object. We get an 'undefined method' error so we open again the class Song, define the missing method and back to call the same method. This is what we can do thanks to the class semantic.

Open class technique should be used carefully because you could redefine an existing method. This technique is know as "Monkey see monkey patch".

Everything in Ruby is an object. All objects have an identity (object_id); they can hold state and manifest behaviour by responding to messages (methods calls). The object state is given by instance variables, they just spring into existence when you assign them a value so you can have objects of the same class that carry different set of instance variables and of course different values too.

Objects besides instance variables also have methods, you can print all methods that object will respond

But if you check the object you can't see where methods are, the only thing that there is inside the object is a link to the object class

From this image we can see that object's methods are stored in object's class. In the image @v is named instance variable of obj and my_method() is an intance method of MyClass.

We says previously "in Ruby everything is an object", then classes are objects too and everything that we applied to object so far also can be used in a class.

So a class is a souped module with 3 additional methods 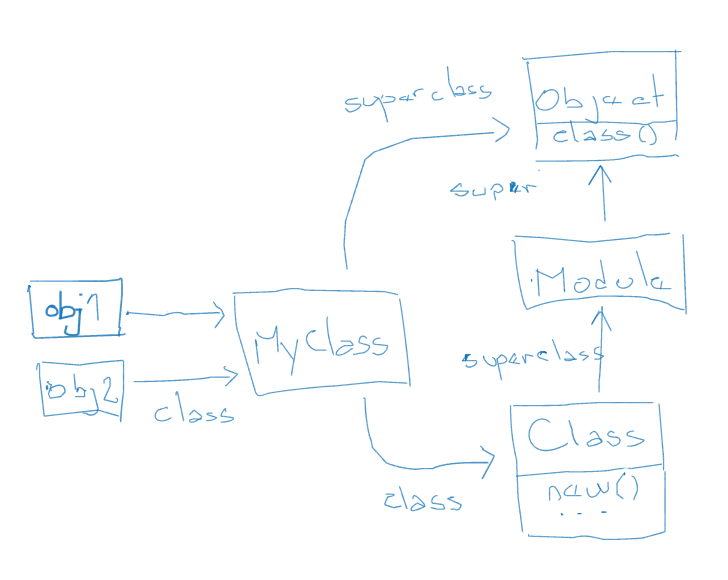 Constants is any reference that begins with an uppercase letter, including the names of classes and modules

The path of constants :: is the operator to find a constant in a path akin c++ operator

Method Lookup goes "one step to the right, then up" 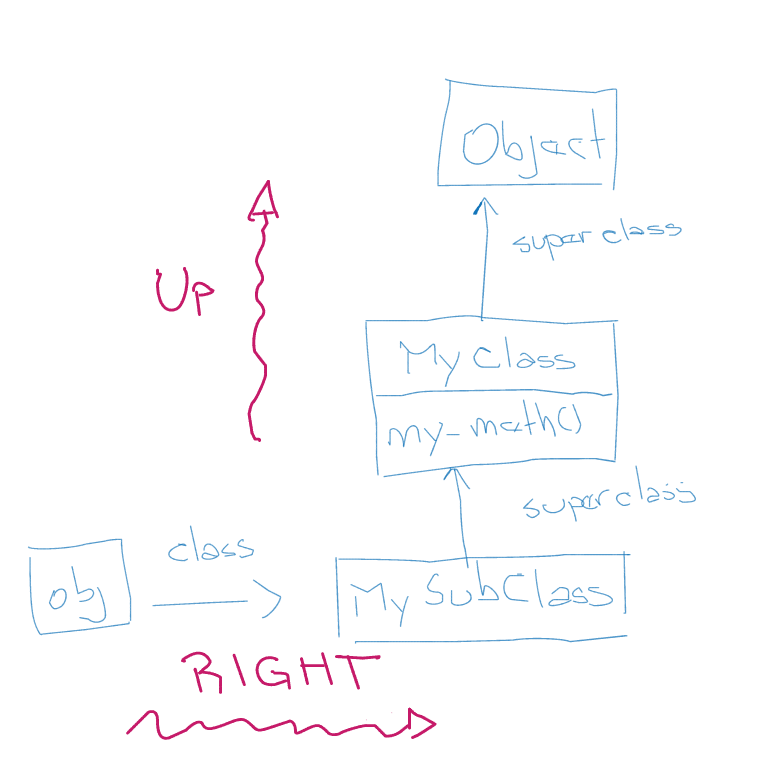 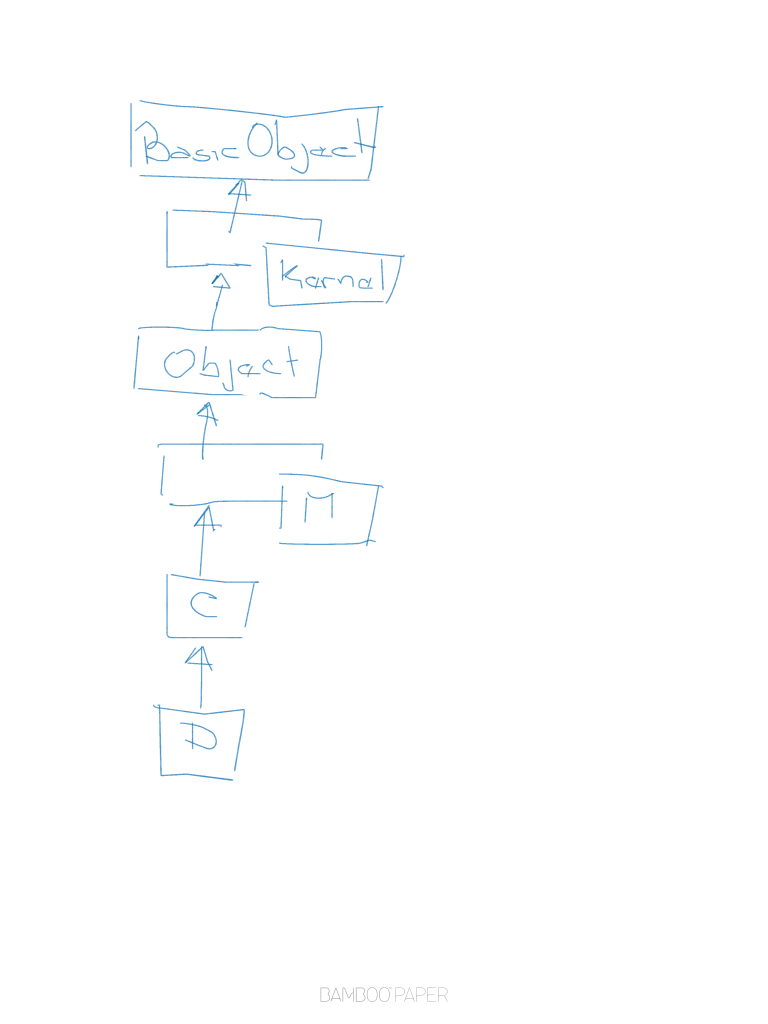 when you include a module in a class (or even in another module) Ruby plays a little trick. It creates an anonymous class that wrap the module and inserts the anonymous class in the chain, just above the including class itself (proxy classes).

Once the method lookup find a method like my_method we have to execute it, to do that we need to figure out

Discovering self every line of Ruby code is executed inside an object the so called current object (self). Only one object can take the role of self at a given time, but no object holds that role for a long time.

Sumarizing when you call a method Ruby looks up it following "one step to right then up" rule and then executes the method with the receiver as self. Understanding the way that ruby use to find and to execute methods is the first step to learn how to do metaprogrammation.